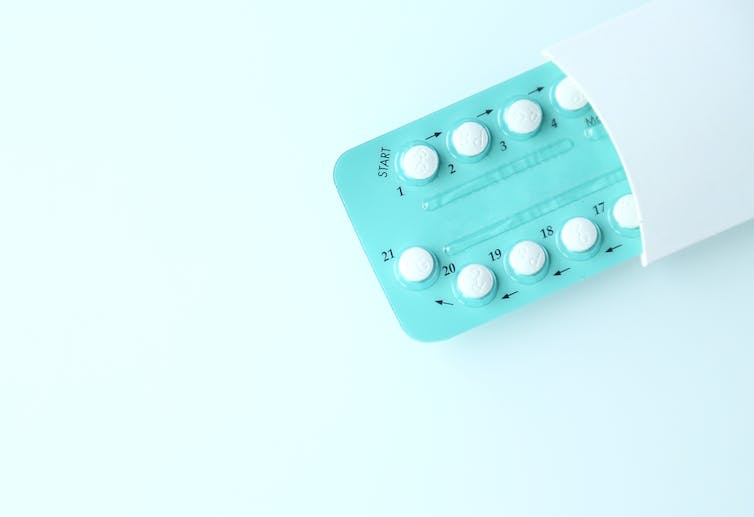 After decades of research, development of a male birth control may now be one step closer. My colleagues and I are working on a promising lead for a male birth control pill based on ouabain – a plant extract that African warriors and hunters traditionally used as a heart-stopping poison on their arrows. 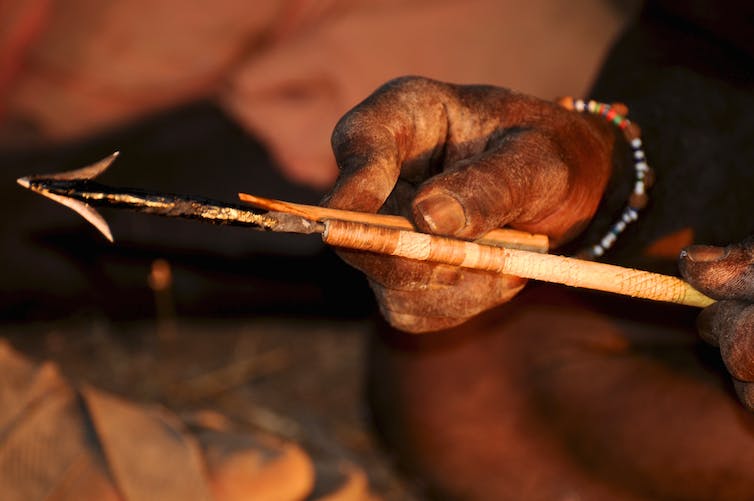 Hunters want ouabain to be deadly when used on an arrow, but no one wants a fatal contraceptive. PLANET EARTH/Shutterstock.com

State of the search

While the birth control pill has been available to women in the United States for nearly six decades – and FDA-approved for contraceptive use since 1960 – an oral contraceptive for men has not yet come to market. The pill has provided women with safe, effective and reversible options for birth control, while options for men have been stuck in a rut.

When it comes to birth control options for men, the need is clear. Unplanned pregnancy rates remain high across the globe. It’s time for more options.

While the male hormonal birth control pill option is in clinical human trials and likely closer to market, it has several potential side effects: In addition to potentially causing weight gain and changes in libido, it has the ability to lower the levels of good cholesterol (HDL-C) in men, which could negatively affect the heart health of users. The long-term effects of using hormones for male oral contraception are unknown, and it will likely be decades before this information is available.

Here at the University of Minnesota, my colleagues and I have focused on nonhormonal contraception methods that work by targeting sperm motility – biology-speak for the sperms’ ability to move or swim effectively. Good motility is a necessary condition for fertilizing a female egg.

In collaboration with Gustavo Blanco at the University of Kansas, we’ve homed in on ouabain: a toxic substance produced by two types of African plants. Mammals also produce ouabain in their bodies, though at lower nonlethal levels that scientists think can help control blood pressure. In fact, physicians have used ouabain in very small doses to treat patients with heart arrhythmias or suffering from heart attacks.

A cross-section of a cell membrane shows how pumps made of protein subunits move sodium and potassium ions in and out of the cell. OpenStax, CC BY

From toxin to contraceptive

Researchers know that ouabain disrupts the passage of sodium and potassium ions through cell membranes; it interferes with the proper function of proteins that transport the ions in and out of cells. Some of the ion-transporting protein subunits targeted by ouabain are found in cardiac tissue – its ability to disrupt proper heart function is what makes ouabain a deadly poison. But ouabain also affects another type of transporter subunit called α4, which is found only in sperm cells. This protein is known to be critical in fertility — at least in male mice.

For 10 years, my colleagues and I have been studying ouabain as a potential breakthrough in our quest for a male birth control pill. However, ouabain by itself isn’t an option as a contraceptive because of the risk of heart damage. So we set out to design ouabain analogs – versions of the molecule that are more likely to bind to the α4 protein in sperm than other subunits in heart tissue.

In the lab, we used the techniques of medicinal chemistry to create a derivative of ouabain that is good at zeroing in on the α4 transporter in sperm cells in rats. Once bound to those cells, it interferes with the sperms’ ability to swim – essential to its role in fertilizing an egg. Our new compound showed no toxicity in rats.

Because the α4 transporter is found only on mature sperm cells, the contraceptive effect should be reversible – sperm cells produced after stopping the treatment presumably won’t be affected. Ouabain may also offer men a birth control pill option with fewer systemic side effects than hormonal options.

Next steps on the road to drug discovery

Our results are promising because our candidate molecule, unlike ouabain, is nontoxic in rats. Our modification is a big step forward in the process of developing a nonhormonal male birth control pill. But there’s a lot left to do before men can buy this contraceptive at the pharmacy.

After our ouabain analog showed promise in rat studies at reducing sperm motility, future studies will focus on the effectiveness of our lead compound as an actual contraceptive in animals. We need to prove that a reduction in sperm movement translates into a drop in egg fertilization.

Then, we’ll begin the standard steps in drug discovery such as toxicology and safety pharmacology studies as we advance toward planning and conducting clinical trials. Our team is already taking the next step to test our compound in animal mating trials. If things continue as planned, we hope to get to human clinical trials within five years.

Reversible, effective male birth control is within sight. World Health Organization numbers suggest that reducing sperm motility by 50 percent or less is sufficient to temporarily make a man infertile. Our ongoing research brings us one step closer to expanding the options for male birth control, providing the world’s 7.6 billion people with a much-needed option for safe and reversible contraception.

This article was originally published on The Conversation. Read the original article.