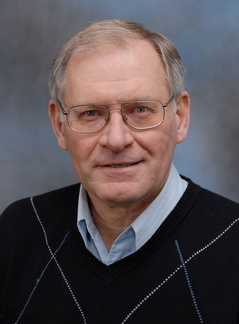 Bachelor of Pharmacy, University of Minnesota

Research in my laboratory focuses on the design and synthesis of peptidomimetics of peptide secondary structures and conformationally-constrained amino acid analogues in order to generate novel ligands that can be used to investigate the pharmacology of dopamine receptors and metabotropic glutamic acid receptors within the central nervous system. The peptide prolyl-leucyl-glycinamide (PLG) has been of particular interest. This unique endogenous peptide allosterically modulates specific dopamine receptor subtypes of the D2 receptor family within the CNS.

The long-term goal of our research is to understand the structural basis and the molecular mechanism by which PLG and its peptidomimetic analogues allosterically modulate dopamine receptors and to use this knowledge to develop novel drugs that potentially can be used to treat Parkinson’s disease, tardive dyskinesia and schizophrenia. In pursuit of this objective, conformationally-constrained peptidomimetics of PLG have been synthesized to elucidate the bioactive conformation of this peptide and photoaffinity ligands were used to definitively determine that PLG was modulating the D2L receptor via an allosteric mechanism.

The location of the PLG allosteric binding site on the dopamine D2L receptor will be determined and the structural nature of this allosteric binding site delineated through the use of a family of bifunctional biotinylated photoaffinity labeling agents with affinity for the allosteric PLG modulatory site. Also, the structural features behind the novel negative modulatory activity of a spiro bicyclic PLG peptidomimetic is being determined.

Finally, the effects of PLG peptidomimetics on the reversal and prevention of behavioral abnormalities in preclinical animal models of schizophrenia is being investigated as part of our long-term goal to explore the potential of PLG and its peptidomimetics in treating diseases in which dopamine receptors are known to play a role.

The research being conducted on the allosteric interaction between PLG peptidomimetics and dopamine receptors will provide further molecular insights into G-protein receptor mechanisms and the possible ways in which this very important superfamily of receptors can be regulated.